Journalism under attack in France

Journalism under attack.
Posted by Jan Troost at 5:13 AM No comments:

Krugman spot on
Posted by Jan Troost at 11:50 AM No comments:

Linear relation between price and social housing in Paris

Not all Parisian arrondissements are created equal. There seems to be a linear relation between the price per square meter in a given arrondissement (on the ordinary commercial market) and the percentage of housing in the arrondissement that is social housing (HLM). 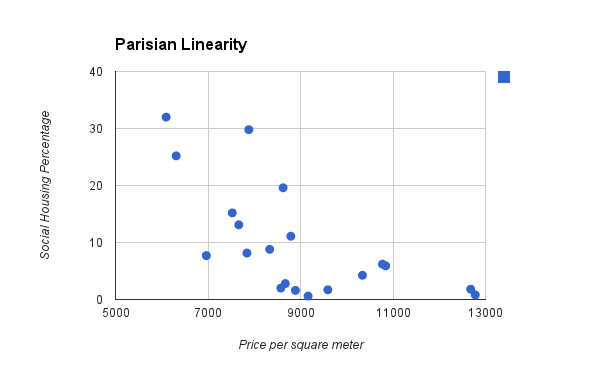 Endurance
Posted by Jan Troost at 2:08 AM No comments:

A University in Your Pocket


Universities across the planet are more and more becoming extensions of business interests. This is due to local university policies, political decisions (e.g. funding at the level of the EU) as well as greed by intelligent members of society who compensate for their decline in social status (which is roughly equal to their financial status).


A University of Houston example in the NYT

"What Mr. Pirrong has routinely left out of most of his public pronouncements in favor of speculation is that he has reaped financial benefits from speculators and some of the largest players in the commodities business, The New York Times has found.


While his university’s financial ties to speculators have been the subject of scrutiny by the news media and others, it was not until last month, after repeated requests by The Times under the Freedom of Information Act, that the University of Houston, a public institution, insisted that Mr. Pirrong submit disclosure forms that shed some light on those financial ties."
Posted by Jan Troost at 5:20 AM No comments:

By the same author